I have been reading about the life of David, the man after God's own heart, and I came across this passage the other day.

5 As King David approached Bahurim, a man from the same clan as Saul’s family came out from there. His name was Shimei son of Gera, and he cursed as he came out. 6 He pelted David and all the king’s officials with stones, though all the troops and the special guard were on David’s right and left. 7 As he cursed, Shimei said, “Get out, get out, you murderer, you scoundrel! 8 The LORD has repaid you for all the blood you shed in the household of Saul, in whose place you have reigned. The LORD has given the kingdom into the hands of your son Absalom. You have come to ruin because you are a murderer!”
9 Then Abishai son of Zeruiah said to the king, “Why should this dead dog curse my lord the king? Let me go over and cut off his head.”
10 But the king said, “What does this have to do with you, you sons of Zeruiah? If he is cursing because the LORD said to him, ‘Curse David,’ who can ask, ‘Why do you do this?’”
11 David then said to Abishai and all his officials, “My son, my own flesh and blood, is trying to kill me. How much more, then, this Benjamite! Leave him alone; let him curse, for the LORD has told him to. 12 It may be that the LORD will look upon my misery and restore to me his covenant blessing instead of his curse today.”
13 So David and his men continued along the road while Shimei was going along the hillside opposite him, cursing as he went and throwing stones at him and showering him with dirt. 14 The king and all the people with him arrived at their destination exhausted. And there he refreshed himself.

It made me realize that sometimes God has placed people in our lives that we don't like and don't want to deal with. But He has placed them there for a reason. The others around you may not understand why you tolerate that person or situation, and it can sometimes drag you down. No matter how annoying, frustrating, or angering he/she/it is, He will give you the strength and support to get through it.

I have a situation just like this right now, and it is such a comfort to know that these times are temporary and that I will get through it. If thousands of years ago David could get through being cursed, I can certainly persevere through this with the Lord carrying me. :)

SO thankful my life belongs to HIM!
Written by Connie at 1:27 PM 2 comments:

What a Wonderful Wednesday

Yesterday was so random...

I got to witness high school students act like children...more than normal anyway.

We are watching movies in class this week because of TAKS. But yesterday was exceptionally delightful because some of my students haven't seen Despicable Me. It was like watching a 5 year old walk into Disney World for the first time. Their faces lit up during all the funny parts, and they were so enthralled with the movie. I loved seeing these "tough" students behave like youngsters!


I have another autoimmune disease called Hashimoto's thyroiditis.

What a cool name for a disease! Now I'm not thrilled about having more stuff wrong with my body, BUT if it has a cool name, it makes things slightly better. :)

I got to go shopping for my roomie's bridal shower on Saturday! It was so nice to do something other than grade papers or discipline students.

Claire got an iTouch for Easter.

I tend to play it more than she does...

My students have learned WAY more from me than I thought!

I had kids come to class yesterday excited that they knew a few more questions because of something we talked about in class! It made me feel all warm and fuzzy inside. lol :D

like I said...random, BUT still very thankful my life belongs to HIM :)
Written by Connie at 1:00 PM 2 comments:

5 In the same way, you who are younger, submit yourselves to your elders. All of you, clothe yourselves with humility toward one another, because,

“God opposes the proud
but shows favor to the humble.”
6 Humble yourselves, therefore, under God’s mighty hand, that he may lift you up in due time.
7 Cast all your anxiety on him because he cares for you.

Just the verses on my mind today...thought I would share.

So thankful my life belongs to HIM and for His gift of salvation and forgiveness for all of us. Happy Easter!
Written by Connie at 12:46 PM 3 comments:

My super awesome math dept. head had some Astros tickets on Tuesday for game 2 of the Cubs series and couldn't go. SO who gets the opportunity to use them first....the newest member to the department who loves the Cubs and Astros especially when they play each other! :) 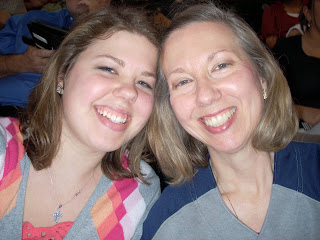 My mom, who lived in Chicago for awhile, also LOVES the Cubbies, so I knew exactly who I was going to ask to join me.


The night was AMAZING because... 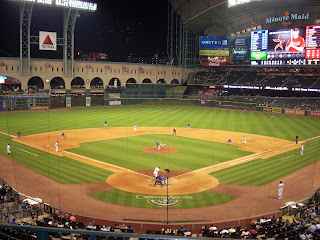 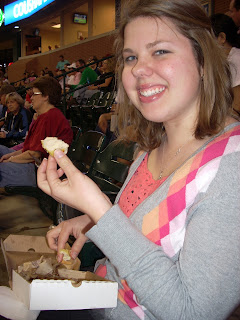 My pretzel :) It was DELICIOUS! 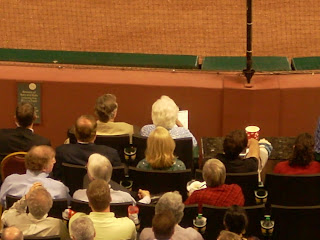 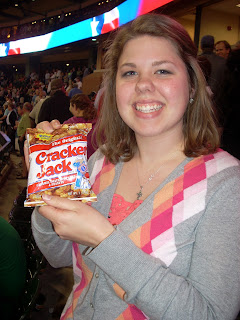 SO thankful my life belongs to HIM!
Written by Connie at 9:15 PM 1 comment:

October 13, 2010 changed my whole world.
6 months ago on October 13, 2010, almost to the hour, I was being admitted to the hospital for diabetic ketoacidosis.  Some of you may remember that day/week I spent in the hospital whether it was because you could only be with me in spirit through prayer or through cards and gifts or actually being with me.

Some things I remember about that day:

Anyway, I felt like I should share some of the many things I have learned about my body, my disease, and my relationship with our Heavenly Father.

What is so crazy is that I learned a lot of those things in the time span of a week. My brain was going to explode. lol

Sometimes we don't understand why God has placed us in the middle of certain situations, but He always has a BIGGER and BETTER plan than we could possibly imagine! It may take 6 months for you to realize it; it may not, but God calls us to be faithful to Him no matter what. I'm not saying I always did (I generally told God that He should take back my disease and give me a piece of cheesecake instead...He didn't), but what I am saying is that He deserves everything we have to give Him even when our circumstances look like there's no way out.

SO SO SO thankful that my life belongs to Him
Written by Connie at 6:33 PM No comments:

I felt like I needed to share this song with you today. I learned this song awhile ago...before I got diabetes.  I knew the song and the lyrics but I never really heard the lyrics or took them to heart. Then a month ago, I heard it on KSBJ driving home from work. It was the first time I really listened to the lyrics. I remember spending the entire way home crying because I didn't feel healed or taken care of at that point, and I needed the reminder. I began to listen to the song all the time, and it kept reminding me to trust Him and believe that He is everything I need. When I got fired on Wednesday, the song became even more real to me. He WILL hold my every moment. He WILL calm my raging seas. He WILL walk with me through fire. and He WILL heal all my disease (even if it is not during my life on earth).


This song has been such a comfort to me...I hope it is for you too.
So thankful that my life belongs to Him.

It's crazy to think how technology has changed our lives.  But as we have improved technology we get more and more impatient with it when it does not cooperate.

I REALLY wanted to listen to Mandy and Ann's Junior Recital today. I went to the school of music website, and I followed all the directions exactly. When it finally connected, all I got was silence. :( I was so frustrated that it wasn't working right, especially when I miss them so much and wanted to be a part of their special day. It was such a tease, but I know that I will get to hear their beautiful music soon.

Then right after the annoyance with quicktime, I was on Facebook. I saw that some of my Tau Beta Sigma sisters did a step routine at district convention, and a video was already posted on YouTube. Minutes after they performed there was a video posted for the world to see. It blows my mind how a cell phone can record something and immediately post it to YouTube and Facebook. BTW you should watch it!

SO there are some really great ways to use technology...and when it doesn't work right it is super frustrating. I really don't like waiting when computers are being dumb.

Even through weird daily occurrences, God is trying to teach me patience. I have found when you pray for patience, He will provide situations for you to practice patience. Most of the time it happens at school with high school students, but today He challenged me with technology. :)

so thankful that my life belongs to Him
Written by Connie at 6:08 PM No comments:

Blessings come in all sizes

SO this is my first blog. I felt that after this ridiculous week I needed to share my happenings.

This week of school has almost come to an end...THANK THE LORD!

On Wednesday, I was laid off by Spring Branch ISD like so many other educators in the state of Texas. But even though this week has been horrible, God has provided so many blessings.
so thankful that my life belongs to HIM
Written by Connie at 3:50 PM 2 comments: